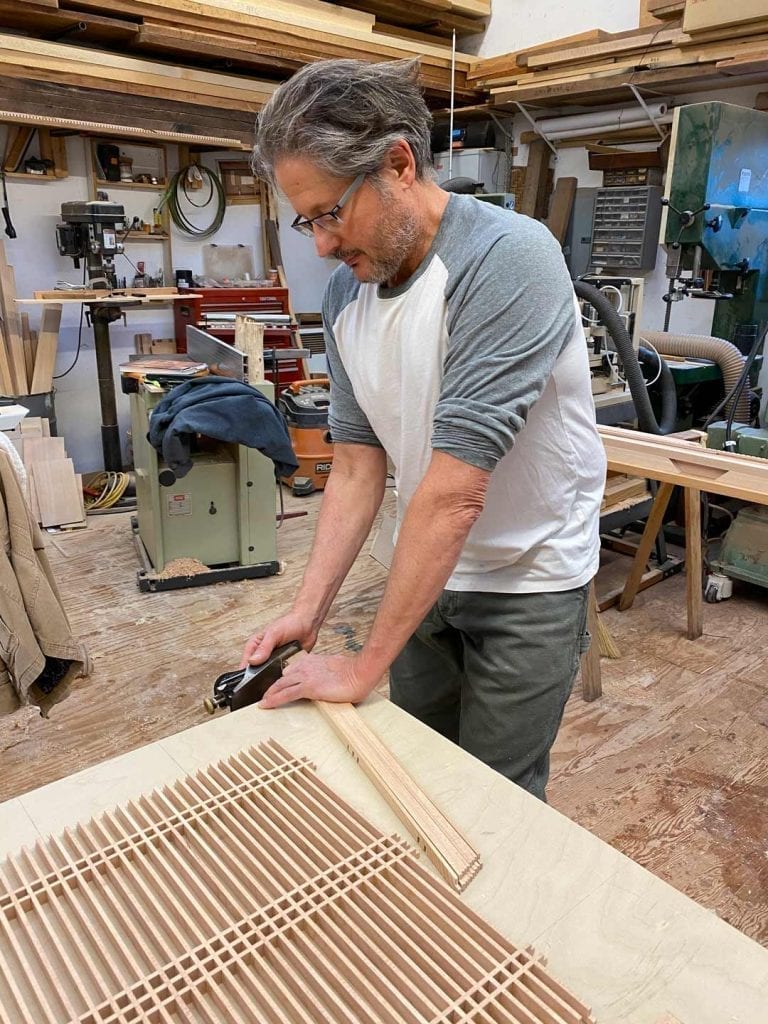 Plane-Spoken is the company of Craig Klucina. Life as a craftsman was not apparent after Craig finished his graduate courses in history. After a short stint in law school, the question of what would come after loomed large.  Drawn by his interest in architectural spaces, he worked in the construction trades and was especially attracted to carpentry. An introductory class in the use of Japanese hand tools, taught by artist and craftsman David  Jackson, revealed a new world. Through David’s generosity (exhibited to this very day) Craig gained experience in the repair and construction of antique tansu cabinetry. He subsequently apprenticed himself to renowned  Chicago chair-maker, teacher and author Jeff Miller before founding Plane-Spoken in 1999. For over twenty years Craig has worked with designers,  architects and homeowners, building shoji, tansu, platform beds and other furnishings in his shop on Chicago’s North Side.

He has recently been creating a hybrid home in Michigan, melding Mid-Century Modern and Sukiya tea house styles and adding architectural details and furnishings over time. He shares a home with his wife, wood sculptor Christine Perri, and their canine friends.